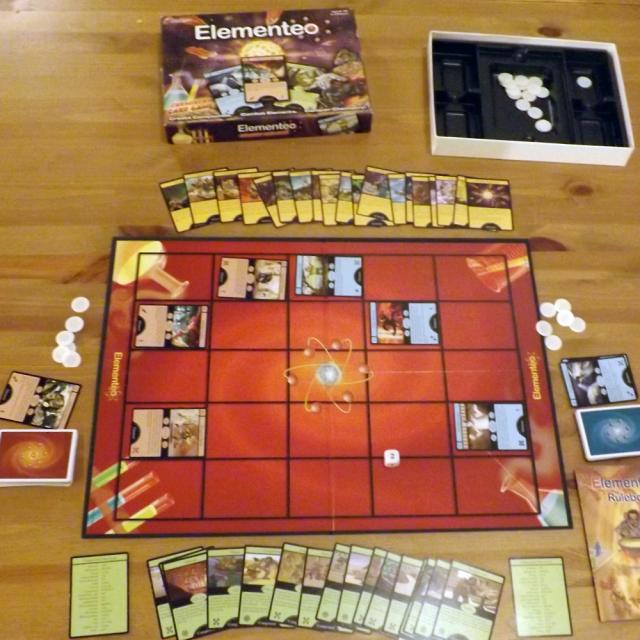 If you’re looking to learn some chemistry while having fun, then I highly recommend the Elementeo Chemistry Board Game, which is a highly strategic board game for 2 players that manages to combine a wide range of different concepts in a small box.

The game is for ages 9 and up and is played on a 5 x 5 rectangular board.  Each player starts with 10 to 15 electrons (depending on the level) and the object of the game is to get your playing cards to the other side and attack, destroying the other players electrons either until they reach zero, or until either player has no cards left.

The game play is somewhat similar to the Magic The Gathering or Yu-Gi-Oh trading card games and no memorizing or prior knowledge of chemistry is needed.

Each player has their own element deck with 50 elements and at the element level these are the only cards used.  Elements are given personalities like ‘Lithium Leprechaun’, Iron Centaur’ and ‘Helium Genie’. The game cleverly integrates all the following chemical concepts for each element into the game play:

At this level new cards are introduced into the board game that allow players to combine two or more elements to make compounds (e.g. Carbon and Oxygen to make Carbon Dioxide).  Players can refer to the elemental symbols on the cards in order to remind themselves what elements make different compounds.

Compounds are played in the same way as Elements, but are normally stronger with better special abilities.

This level introduces the alchemy deck which work a bit like spells in Magic the Gathering.  These introduce some new scientific concepts into the game, but are mostly just fun.  Examples include ‘Atom Splitter’, ‘Wild Chemist’, ‘Black Hole’ and ‘Chemist Wizards’.

At the Fusion Level you get to build your own army for a high powered battle. 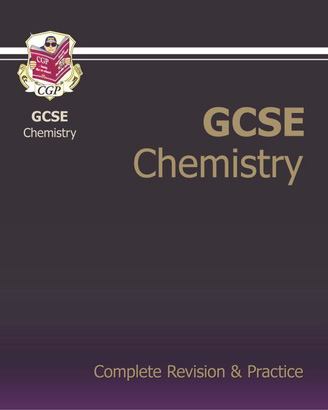 Having worked with several GCSE Chemistry books in the past, the best book I’ve found for explaining concepts clearly and covering all the essential information is the ‘GCSE Chemistry Complete revision and practice’ published by CGP.

Don’t be put off by the cover!  The inside is well laid out with just the right amount of diagrams and illustrations to help explain all the concepts.  It starts with an introduction on ‘How Science Works’ then goes on to cover all the concepts listed below:

Both the board game and book are highly recommended and I hope you enjoy them. 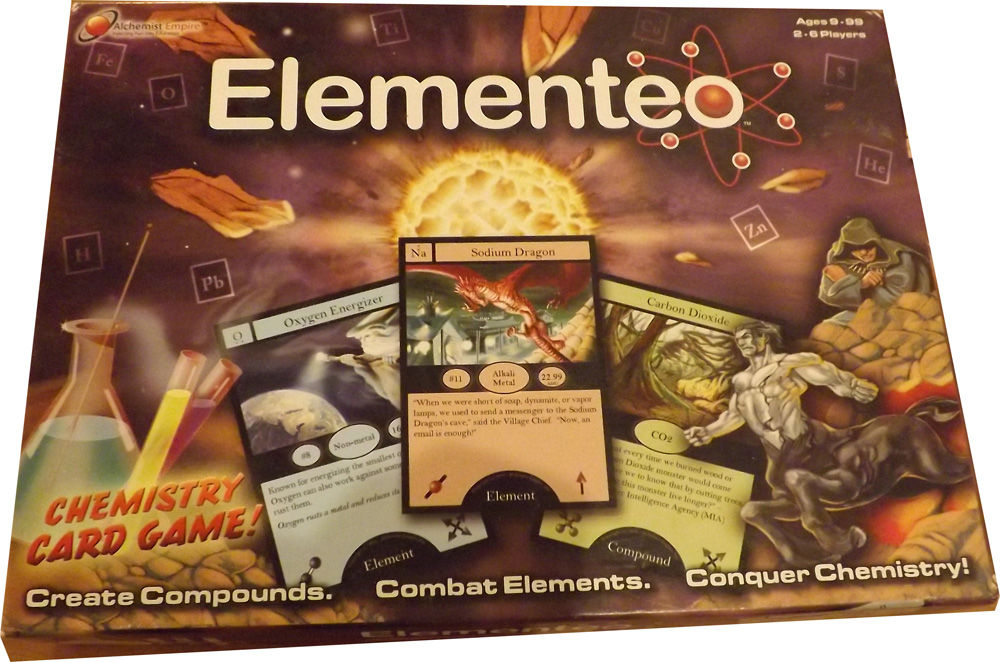